Genotyping determines differences in a specific DNA sequence across a population. These sequence variations can be used as markers in linkage and association studies to determine genes relevant to specific traits. Review the vocabulary commonly encountered in genotyping experiments.

Researchers often look at genetic variations between individuals in a population to better understand phenotypic traits, such as fruit production, or human disease origin and incidence rate. One individual's genome can differ from that of the general population in numerous ways, including single base changes (single nucleotide polymorphisms, or SNPs), insertions, deletions, or even the number of gene copies. These unique differences can be used as markers in linkage and association studies that attempt to determine genes responsible for disease, plant drought tolerance, etc.

Genotyping is the process of determining the DNA sequence—the genotype—at specific positions within a gene of an individual. Genotyping can be performed by end-point or real-time PCR, sequencing, bead or microarray analysis, or even mass spectrometry.

And like many technical processes, this application includes its own vocabulary. Here we provide an introduction to some of the most commonly used terms, and use them in context to draw distinctions when encountered in genotyping experiments.

Figure 2. Zygosity. The genotypes at 3 different loci show examples of homozygosity for both a dominant and recessive allele, as well as heterozygosity.

In human beings, 99.9% of all bases in the genome—from individual to individual—are the same. The remaining 0.1% make a person unique. Each of us differs by about 10,000 non-synonymous variants from the human genome reference sequence. Of these, each of us carry around 340–400 variations that result in loss of function of certain genes [1].

An individual's genome may differ from others in numerous ways, including base differences known as single nucleotide polymorphisms (SNPs), insertions or deletions (INDELs), or differences in the number of copies of a sequence or gene [copy number variations (CNV)] (Table 1)..

These variants can be:

The SNP database, dbSNP, is the NCBI-curated database of verified SNPs, each with its own RefSNP entry. Figure 4 shows a RefSNP entry for a pathogenic SNV, noting the alleles detected and the MAF/MinorAlleleCount of these alleles, based on reference sequences from 4 different sources. 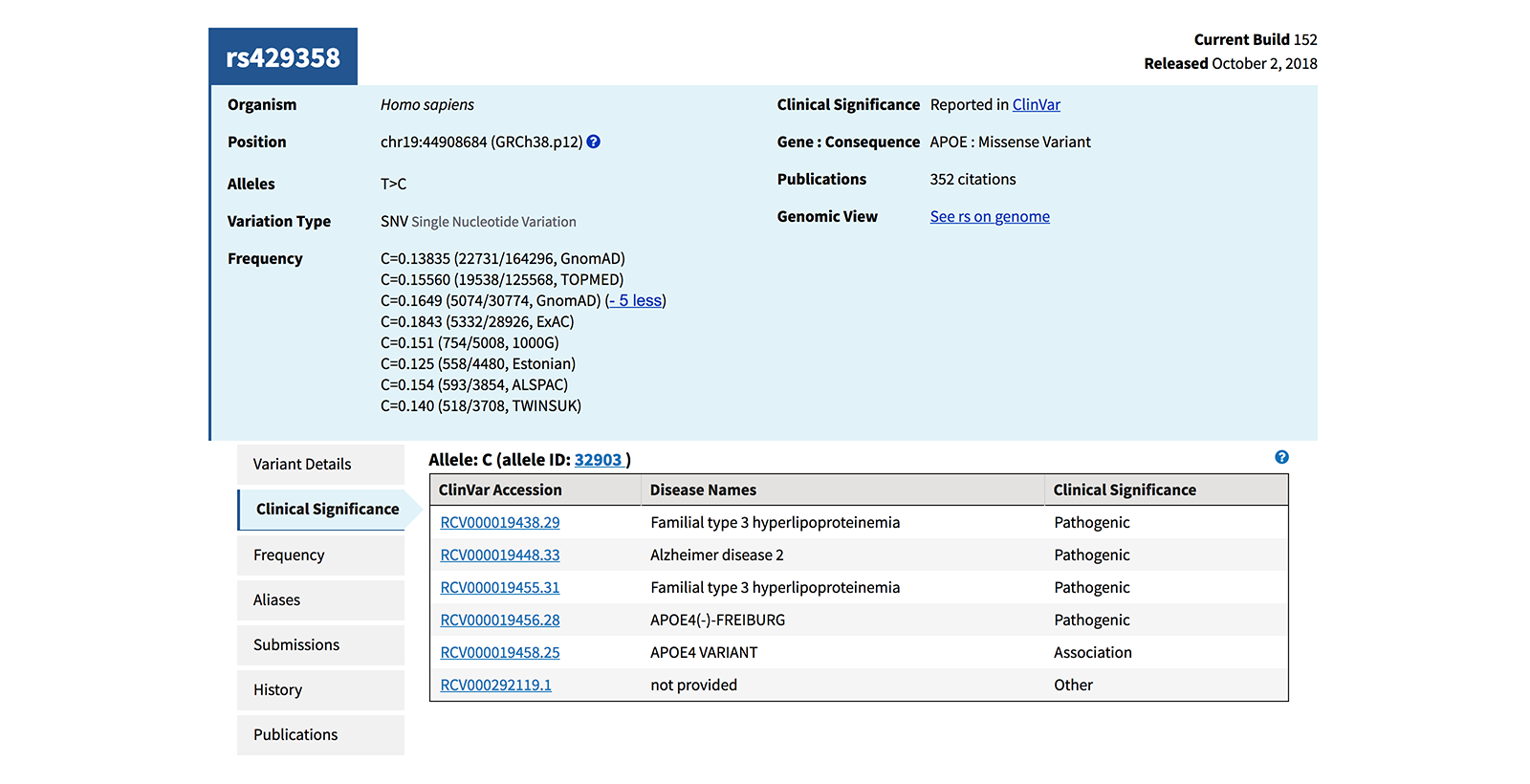 Technical support. In addition to the comprehensive set of tools, reagents, and educational resources for PCR-based SNP genotyping, IDT also provides world-class technical support. These scientists are available to answer all types of genotyping questions ranging from experimental design to interpreting data. Contact us with your questions about genotyping assay design at applicationsupport@idtdna.com.

Comparison of three PCR-based assays for SNP genotyping in plants